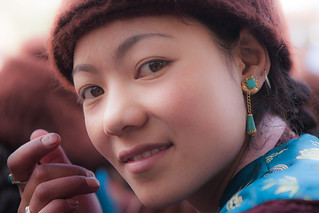 Here is the thing.

Frugal folks find ways to weed out the gold diggers. Sometimes they do have an unrealistic expectation of the materialistic society now.

I always know that how a couple view money, or their differing views is a big causal factor in why relationship is strain and break up. And often communication is an issue because frankly, most of us don’t communicate well, or left it too late.

I somehow didn’t have this problem, since in this age, if girls don’t see you spending on things they enjoy, there is less of an attraction to begin with. And thus what I do seldom result in a situation where I need to create a system to make sure she is the one. Or perhaps I should go dating more.

Today’s story is one that I came across and I will leave you guys and gals to decide who is in the wrong or whether both have a problem here.

I came across this story here and it narrates from the account of a lady that broke off from her boyfriend but suddenly is trying to validate whether her decision is correct.

I believe this guy successfully weeded out someone that he thinks is incompatible with his values.

Clearly this girl who used to be able to stand a guy with no future, suddenly got influence by society (in this case the Facebook influence) to think that this guy has no value to offer her.

One aspect that is interesting is how come she is so taken aback now that this piece of information was revealed.

To me, if the guy had told her he had a future because of what his grandpa gave him, would she still want to be with him for the right reasons he is looking for?

This lady is probably not a gold digger. She is just a modern lady that cannot accept a guy who is not alpha enough to provide her needs and protection.

The lady could possibly be frustrated she missed out on a gold mine, but to be honest, if she couldn’t take watching torrented downloaded movies and home cook cheap meals for 10 months, could she take it if it when they are married?

I thought there is always an element in ladies that always think they can change and shape their man.

I think the guy probably knew things are not going to work out, but in all relationships, it does look like it wasn’t well communicated why he prefers the lifestyle this way, why he feels this lifestyle is sustainable.

If you are worth $1 mil, financially independent, do you think it is a good idea to communicate across to him or her that you do not really need to work if you live your life frugally?

My friend Christopher Ng at Growing your tree of prosperity said this in his post about his early CPF allocation:

I might be considered foolish or insane when I maxed out my CPF-SA in my twenties because I did not know who my wife will be in those days. I thought Gen-X Singapore women would want bigger houses and would deplete my CPF resources so I decided to keep it out of reach from my future wife before I even met her.

It is difficult to find someone in this day and age who shares the same monetary values. I have many financially responsible friends who has much problems managing the wealth expectations of the other half.

I firmly believe some form of communication is necessary and in this case study, he could have educated her on his simple living perspective.

To the readers, whose side are you on?  Do you think the guy is being an ass not saying much or that the lady is a gold digger? How would you or how have you communicated across your money values to bring about a change in your other half? Would you tell him or her if you are that loaded?

A man's financial stability will always be one factor that women look for. It is purely a matter of degree. No one in her right mind would want to marry a penniless man.

The trick is to find someone who share in your value system; someone that will do things, makes you happy and most of the time agreeable with you on life little things; but must be out of his or her own free will and not because he or she is being coerced into by love. The sharing itself must breed from inner most happiness.

With time, when both parties value system successfully gel up into one; there will be no fear of being completely open to each other in $ issues. All these will come naturally.

After all, money is something that all of us cannot take away on our deathbed.

hey Alan! hope you are well. i think you have summarize what needs to be done very well. to an extend i always felt the guy is testing for the perfect girl, and usually it will end in disappointment. when i look across peers, it is damn difficult to find someone with the same money value system as you

Love and money goes hand in hand? It never 100% balance. once tiled too much for either party to bear relationship start to fail.

If the guy has inherited so much money and is not interested in the money, the least he could do is to set up a charitable foundation to give out the money to worthy causes.

The fact that he can sit on all that money and not do something about it when there are starving/poor people around shows that he doesn't care.

A far better story would be the guy telling the girl that I've inherited a large amount of money, but I've given it all away to a charitable foundation which I am running to help the poor and needy. The girl's reaction to this would be more interesting.

Many people who inherited wealth end up losing their wealth. We do not know how the story ends. He may end up with mid-life crisis and burn all up all his inheritance, etc

Nice to see you here. I think that would be better. It's not like he doesn't care but that perhaps he hasn't think that far yet.

This is an interesting story and money is one of the sensitive topics in a relationship whether it's with your partner, sibling, partners etc.

Yeah and something that is hard to grasp.

There are men who are gold diggers too.

Men don't have the court system to protect them

There is! It just happens that this is a lady context. The folks in the comments seem to think she is a gold digger. I felt she failed the lifestyle test. She couldn't tahan that kind of lifestyle.