I think I have some thoughts about things related to the CPF that I would probably share over time. They will be smaller articles some what like this. It is meant more to invite my readers to tell me if they agree or disagree with the points raised and give their point of view.

When you are older, you lived with the system more, and as you hear more things, you want to put them out there. I also am privileged to be educated by the CPF team in the past.

So I am a pretty good “Wu Jian Dao” situation.

Some caveats is that I might not answer you and that you should try to make it less political as possible. If you have some numbers hypothesis, you can share it. If you have your own conspiracy theories, you can also share it.

Don’t use my platform to cry father, cry mother and ask people to return your CPF money. Explain why it make sense to return the money without bringing up the political party. 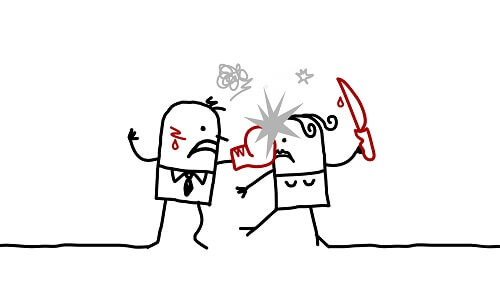 —
I read this pretty good Mothership summary of how our former healthcare minister Howe Yoon Chong recommended that the CPF withdrawal age be raised from 55 years old to 60 years old. This happened in 1984, so its probably as old as Kyith. As a little rascal, I did not remember this episode.

The recommendation was made after a 12 member committee studied on The Problems of the Aged.

And the people was not happy about it. To make the situations even worse, Lim Boon Heng and Toh Chin Chye came out to criticize the idea.

The backlash was big. Perhaps due to that report, the PAP lost 12% of the overall votes in that election. Howe quit politics that year. Chiam See Tong won Potong Pasir.

I think some of the arguments made by Lim Boon Heng and Toh Chin Chye was a little valid. They centered on

I have no access to the report back then, so we do not know what kind of stuff is written in the report.

As a blogger writing on the topic of financial independence, I can see where is the concern.

With these in mind, we can see how likely the paper will conclude that we should push back the age where you can draw out your CPF.

But what does that do?

To those not familiar with the retirement literature, by pushing back the withdrawal age, which essentially is the age you draw down your money:

It is very powerful.

So the cash flow that you get 5 years later looks much larger than what it is if you withdraw at 55 years old.

And it is often recommended by retirement experts.

One spouse could take distributions at 65 while the other spouse take it at 70.

Now, I have reservations to how robust the retirement thought process in the 1980s. The safe withdrawal rate only came out in 1994.

You can have your own conspiracy theory why they would push back the withdrawal age.

The Difference between the Government’s Money and Your Money

After this episode, it seems no one will want to meddle with that 55 years old milestone too much. What the incumbent did was to try and work the message in a different way

Under the current scheme, if you hit your BRS or FRS, you can withdraw the rest of the CPF money.

Why is keeping to 55 years old such a sensitive topic to the people? I have a good guess.

Because you say it is my money.

You will say that the 50% contributed by the employer and myself is my money.

If the money in the CPF is my money, then why do you (the government) keep hoarding my money, when I was planning to get it out?

When you tell people that this is their money, then they will think they have the kind of power to act on it like their own money.

They can withdraw and do whatever they like with it.

For most pension systems around the world, people get taxed in different ways. This can be through income tax paid on their income, through corporate tax from their business, or through the services they use, goods they purchase. It could also be on their wealth assets.

These part of these tax revenue goes to funding the pension system.

The narrative is more that this money is taken away from you and you hope for the best that eventually when you retire, the system can provide a cash flow for your retirement. It may also breed a culture where the citizens depend a lot on the government system.

In our case, the narrative is more that this is our money and we are forced to put it away. The good thing is that we can see “our share of this pension plan”.

If you speak to folks from other countries, they will say this is multi times better because for folks who are intentional, they know how much they are getting at the end of the day.

If you have $200,000 in your CPF, that is for your benefit. There will not be a situation where the pension is under funded and the folks in the future get less. However, if everything is in your control also means that if you do badly in life, your future retirement is bleaker and not many people will help you.

I guess it might also be a way that the incumbent wanted to make citizens equitable of this country.

So they feel this is their money.

Imagine that DBS suddenly tells you that you cannot withdraw your money for 2 years. You start wondering why they would do something like this. Then you start thinking whether there is a liquidity crisis in DBS.

When you make a plan to delay CPF payout, this is probably that sort of feeling.

As a retirement planner, my current view is that for majority (98%) of the Singaporeans, they would not know how to systematically spend down a lump sum well. (Until something show me that they are matured and sophisticated to do it)

The reason is that to spend enough, yet make the money last, for a period of time you do not know the end date, is a complex problem.

So people tend to over or under-spend. People f#$k up behaviorally too.

The conservative ones…. They take out their money… And they will put into something as low risk as CPF Life .. but lower yield.

In a lot of ways, apart from the conspiracy theory, on paper, the justifications are there for the 1984 paper.

However, based on the way the narrative on the CPF is shaped, any actions that show you want to meddle with the CPF becomes a very political topic.

It is macham like your brother-in-law and your sister suddenly telling you what you should do with the money you inherit from mom.

What gives them the right to tell you what you should do with your money?

In reality, they may be right, because they been seeing how you fritter away your normal savings and worried the same will happen to this new found windfall.

Ultimately, the older government set up a system where we seemed to own a lot, and they have to be aware that people look at them as fund managers or financial planners, who are suppose to capital allocate their money well and make good recommendations.

Some trust them. However the more fishy things they do with your money, the more skeptical you get.