A short video on a couple relocating to a cheaper place for retirement. Perhaps for Singaporeans, Johor, Penang, Vietnam, Chiang Mai, Tai Chung are viable places since there is no other state in Singapore!

We build on to the latest articles written to shed light on perhaps some misconceptions about the CPF in the midst of all these noises. The past three commentaries are:

I have explained to a colleague about the general workings of the CPF, Minimum Sum and CPF Life. He message me one day that, perhaps it will be better that we shed more light on what happens when the money in your CPF is less than the minimum sum.

He explains that much of the anguish from folks that are not in touch with the topic so well is the sucky thought that they would never return the CPF to you with such a high hurdle. This hurdle is unfair and is as if the goal post is shifted.

As per the CPF,

This means that, regardless of the hurdle rate (minimum sum), its either they return whatever that is left in the minimum sum to you at age 65 or you can choose to enrol in CPF Life, where they will pay you an annuity every month.

Either way, it means that 65, some money comes out.

Possibility of not hitting the minimum sum

This is entirely possible. An Australian guy who used to be one of us projected that by 55 years old for me, the minimum sum would be nearly SG$540k. (growing at 6%+ per annum compounded)

If this sum is not splashed in front of me like that, I would not have thought that amount is so gigantic. It looks so far and so unattainable.

And it can be. If you choose to reach financial independence early, your CPF might stop growing and be stuck there growing at the pitiful 2.5%/4% for some years.

There will always be haters

One thing i realize with all these discussion is that, I disagree with my colleague this helps at all. The folks that have form an opinion will just bring up the following stuff:

This is suppose to address one isolated point and should be view as such. I don’t have the energy to write a long grandfather story to address everything or my point of view. I would just use this medium to reiterate what the policy is meant to be.

Calculations from the CPF Life Payout estimator show that a male Singaporean who turns 55 from next month and has the CPF Minimum Sum of $155,000 will get a monthly payout ranging between $1,200 and $1,350 if he opts for the Standard plan. For a woman, the monthly payout will roughly vary from $1,100 to $1,250 as she is expected to live longer.

Take a Singaporean who reaches 55. As a CPF member, he must set aside a Minimum Sum in his Retirement account from money in his CPF Ordinary and Special accounts. From next month, the Minimum Sum will be $155,000. Currently, about half of them meet this requirement.

Once he reaches 65, he will get a fixed monthly payout for about 20 years from the savings set aside in his CPF Retirement account. Between 55 and 65, the money in his Retirement account will enjoy an interest rate of up to 5 per cent per annum – which is far higher than what the banks are offering for fixed deposits. 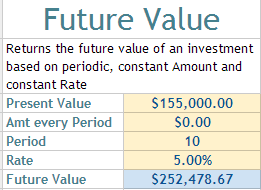 The 10 years from 55 to 65, when the pay out actually started, a full $100k would be gotten at a risk free rate provided by the government.

That’s much more realistic, coming from majority 3% yielding bonds and the rest from the annuity pool.

This is supposed to be an economy that is doing well. Yet there are structural changes that happen due to globalization that we do not see a high level of before the 2000s. Right sizing, or strategic firing seems to be the order of the day.

I recently read this blog, can’t remember which one, but I think he is an investment advisor, talking about why folks such as cleaner or waiter won’t strive to improve and are content to that level of job.

Sometimes, perhaps he has to experience some things for himself to know how to best tackle problems like that.

Perhaps, the leaders making the decisions need to listen to the ground more. They say they will. I wonder how many have felt that the country have move to be better since the last election.

One good friend of mine worked in a company that compensates not too bad. Very well by middle income standards. The issue is that he works in an industry where majority of the once lucrative business division are not going to operate any more. The technical stuff, are moving to India, or Poland.

Singapore is just freaking expensive as a cost center.

Its on a consistent basis that I hear him talk about firing. This time he survived for another year.

2 of his colleagues aren’t that lucky this time. They are aged 40-50 and have been with the company for 14 years. Its hard to find work in that industry. I find it hard to believe considering every one seems to want to go there.

It may be a case of me being an outsider that I don’t see much of the rot.

There don’t seem to be good news all round. He told me about his former lead. Got retrenched. The local positions are rare. The china positions though, are adequate. You would have to relocate.

No extension on the last day

Another old friend shared an even cuter tale of an uncle’s friend who is 64 years old working in a US DRAM Semiconductor firm. He has been there for 30 years. That’s a long time to be somewhere.

They didn’t want to extend his contract, and his job scope is readily deployed to a fresh grad.

The best news is that they let him know on the last day of the contract.

Where is the fucking compassion there. 30 years. Last day you let him know. I have to calm down to know that they are not escaping some 65 year eligibility pension scheme by not extending the contract at 64 years old.

You don’t ask us to be loyal if they don’t show it the other direction.

The need for the second profession

The majority of the advice seem to say that you got to upgrade and make yourself relevant. Does that always seem valid that every 40-50 year olds are able to smoothly upgrade and then be important managers?

Especially in a country so dependent on MNCs.

The civil servants can most likely take this route. As long as they don’t make a large error, there are certain resilient nature to the job. If you continue to enjoy it.

For the majority, I can’t help but feel, somewhere a long the lines, you have to prepare for a different job. A job that you can handle with 40 year old energy rather than the gang ho 25 year old.

And perhaps somehow you need to start preparing for it.

There don’t seem to be a lot of resource on this. Most of the resources happens during the last structural unemployment where, its to ’retrain’ well paid professionals to work in sectors where they get significant pay cut.

What is a profession that fits the energy of a 40 year old upwards?

Perhaps a consultant based on the experience build up? How do companies reach this group of people?

Perhaps they can conduct a course to the next generation? There is just so much demand for it that perhaps this is not a good alternative.

How can this ad hoc demand versus supply be liquidfy Uber-style?

Perhaps we need a niche Task Rabbit, or in the local context, Task Amigo.

The difficulty in building adequate wealth

Everyone tells me its difficult to form a family yet still have adequate wealth for retirement.

From the looks of it,  retirement is so yesterday. That Wealth Fund’s purpose should more to be for financial independence or 40 year old backup fund.

If you have a privileged job, its better to be sensible and realize that things could turn out like my friend’s industry.

How much is enough? What is retirement like? No course?

The plight of someone needing one year of income more near retirement age is not uncommon.

I feel that we (and I mean general wealth management resource in the world) don’t focus much on retirement planning and spending, and have best practices to learn from perhaps because almost 80% of the folks are in an accumulation phase.

I’m sure that if we are a well run country with good government, they would have seen the need to tap their great resources to provide this form of education.

The crux is that perhaps a person can readily retire at 45 years old, or that he can work in a part time job at 45 and have enough margin of safety, but no one tells him that is the case. How do we bridge that? We need more knowledge and education there.

It’s the start of the year and I am feeling rather down already. Seems family are struggling with work stress and couldn’t have a spouse stayed at home to take care of the kids because we NEED 2 incomes. Now its these 2 retrenchment sharing.

Not a good start to the year. Not good at all.