I don’t use the Blackberry, but being a techie I cannot understand how RIMM can still be relevant.

This industry is based heavily on network effect and RIMM did a lot of things right in the past but they are not coming up with viable competitive solutions to Android and iOS.

Today RIMM is down 20% and I still don’t think it is a value buy. 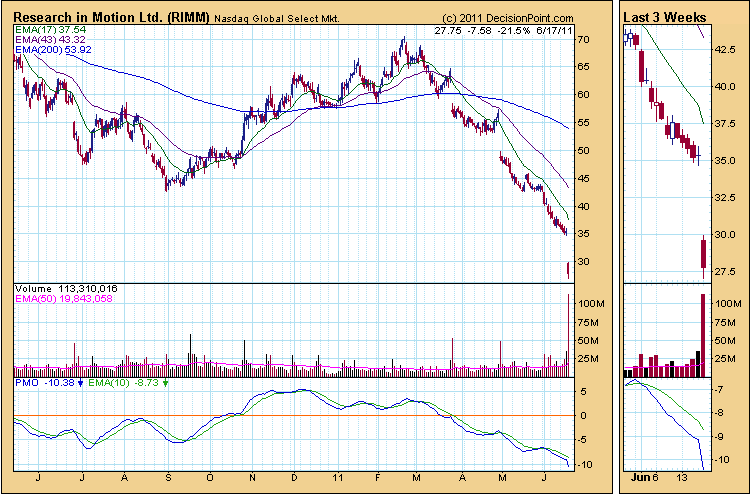 I always have a good argument with my colleague Ah Wei regarding the smartphone and technology industry.

Ah Wei have a point of view that based on past case studies of Dell, Nokia, Microsoft and HP’s failure that there are many things that the CEO or COO should do to prevent that from happening.

I would say I am more open minded on things that there are a lot of hidden factors that in business, you as a business leader finds it hard to spot and stops their company from maximizing profits or to anticipate competitive trends.

Now here is a good article to make it clear once and for all.

Why would you want to read this article?

Now, this is a investment blog and I wouldn’t want you to continue to read this article if it wastes your time.

I am not as qualified as this guy Micheal Mace from Mobile Opportunity. Micheal have been in this industry at various capacities with long standing tenure in Palm and Apple.

The interesting thing is that while at Apple he spent time to study why past business systems failed and how to spot them.

I strongly encourage you guys to read the full article.

Metrics to watch for to show that business is dying

The symptoms to watch closely are small declines in two metrics: the rate of growth of sales, and gross profit per unit sold (gross margins). Here’s why:
Every computing platform has a natural pool of customers. Some people need or want the platform, and some people don’t. Your product spreads through its pool of customers via the traditional “diffusion” process — early enthusiasts first, late adopters at the end.

It’s relatively easy to get good revenue from the early adopters. They seek out innovations like yours, and are willing to pay top dollar for it. As the market for a computer system matures, the early adopters get used up, and the company starts selling to middle adopters who are more price-sensitive. In response to this, the company cuts prices, which results in a big jump in sales. Total revenue goes up, and usually overall profits as well. Everybody in the company feels good.
Time passes, and that middle portion of the market gets consumed. Eventually demand growth starts to drop, and you make another price cut. Sales go up again, sometimes a lot. With revenue rising, you and your investors talk proudly about the benefits of reaching the “mainstream” market.

At Apple, when we hit this point we called our low-cost products the Macintosh Classic and Macintosh LC. At Palm, it was the M100.

What you don’t realize at this point is that you’re not “reaching the mainstream,” you’re actually consuming the late adopters. Unfortunately, it’s very difficult to tell when you’re selling to the late adopters. They don’t wear signs. Companies tend to assume that because the adoption curve is drawn as a smooth-sided bell, your demand will tail off at the end as gradually as it built up in the beginning. But that isn’t how it works.

Keep the base loyal

For example, this is the factor that HP failed to consider when it bought Palm. The Pre’s small base of users and developers was a classic group of restless cattle. When HP bought the company, the first priority should have been to calm those people by promising a renewed commitment to the Pre and follow-on products. Even if HP didn’t see smartphones as its long-term future, it should have focused on keeping the developers and users loyal until it had something else for them to buy and develop for. Instead, HP CEO Mark Hurd more or less killed the product line a day after the purchase (link):

Ooookay, so if you’re a Pre customer, do you buy again? Do you tell your friends to buy? If you’re a WebOS developer, do you keep writing code while you wait for HP to decide what it’ll do with that “IP” it bought?
The answer is, you run for the exit as fast as you can. HP bought a company for a billion dollars and then immediately trashed it.

Settling down the installed base is not enough. It’s an enormous task, but all it’ll do is stabilize the business. It won’t produce the growth that investors expect. To get that, RIM needs to eventually add new types of product that expand its market.

Apple is a master at this process. When Steve Jobs came back, Apple had only the Macintosh. It refreshed that product line, securing the customer base. Then it added the iPod, iPhone, and iPad. Each of them targeted Apple’s core market of creative, entertainment-loving people, and each of them leveraged Apple’s existing software and hardware. This overlap made the new products relatively inexpensive to develop and market — they could be sold to the same sorts of people, through the same channels, and they reused a lot of technology. Each new product line also tended to drag a few more customers back to the earlier products, so they reinforced each other.

These new products enabled Apple to grow its revenue rapidly without putting pressure on the Macintosh to carry the whole load. Apple could invest enough in the Mac to keep it a stable and very profitable business, while the new products produced the topline growth.

Investment Moats is an investment weblog focusing on dividend investing, growing passive income and personal finance. Learn how to easily budget with my envelope budgeting strategy to save money and not overspend.