The Group of Seven industrialized nations failed to halt the yen’s advance to near a 13-year high against the dollar after expressing concern about the currency’s “excessive volatility.”

The G-7 made an unscheduled statement after a request from Japan, Finance Minister Shoichi Nakagawa said in Tokyo today, adding that his government was ready to act if needed. The G-7 fell short of pledging concerted action to halt the yen’s gain.

“Issuing such a statement is a sign of failure to intervene,” said Eisuke Sakakibara, a professor at Tokyo’s Waseda University who was the Finance Ministry’s top currency official from 1997 to 1999. “The Japanese government may have consulted with their counterparts in the EU and the U.S. and they couldn’t persuade them to intervene.”

The next shoe to fall could be what have been familiar to asian markets, that is, a currency crisis as fund flows liquidate local currency for USD:

The financial crisis spreading like wildfire across the former Soviet bloc threatens to set off a second and more dangerous banking crisis in Western Europe, tipping the whole Continent into a fully-fledged economic slump.

Currency pegs are being tested to destruction on the fringes of Europes monetary union in a traumatic upheaval that recalls the collapse of the Exchange Rate Mechanism in 1992. This is the biggest currency crisis the world has ever seen, said Neil Mellor, a strategist at Bank of New York Mellon.

Experts fear the mayhem may soon trigger a chain reaction within the eurozone itself. The risk is a surge in capital flight from Austria the country, as it happens, that set off the global banking collapse of May 1931 when Credit-Anstalt went down and from a string of Club Med countries that rely on foreign funding to cover huge current account deficits.

The latest data from the Bank for International Settlements shows that Western European banks hold almost all the exposure to the emerging market bubble, now busting with spectacular effect. They account for three-quarters of the total $4.7 trillion 2.96 trillion) in cross-border bank loans to Eastern Europe, Latin America and emerging Asia extended during the global credit boom a sum that vastly exceeds the scale of both the US sub-prime and Alt-A debacles.

Europe has already had its first foretaste of what this may mean. Icelands demise has left them nursing likely losses of $74bn (47bn). The Germans have lost $22bn.

Stephen Jen, currency chief at Morgan Stanley, says the emerging market crash is a vastly underestimated risk. It threatens to become the second epicentre of the global financial crisis, this time unfolding in Europe rather than America.

Austrias bank exposure to emerging markets is equal to 85pc of GDP with a heavy concentration in Hungary, Ukraine, and Serbia all now queuing up (with Belarus) for rescue packages from the International Monetary Fund.

Exposure is 50pc of GDP for Switzerland, 25pc for Sweden, 24pc for the UK, and 23pc for Spain. The US figure is just 4pc. America is the staid old lady in this drama.

Amazingly, Spanish banks alone have lent $316bn to Latin America, almost twice the lending by all US banks combined ($172bn) to what was once the US backyard. Hence the growing doubts about the health of Spains financial system already under stress from its own property crash as Argentina spirals towards another default, and Brazils currency, bonds and stocks all go into freefall.

Here is the rest of the currency charts: 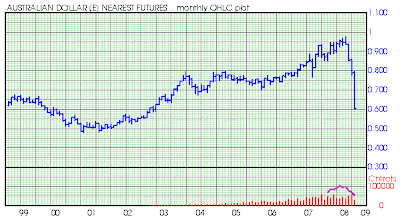 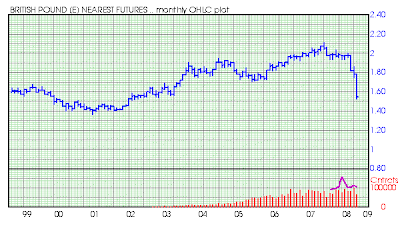 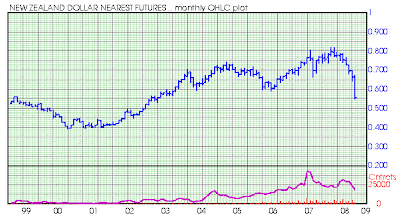 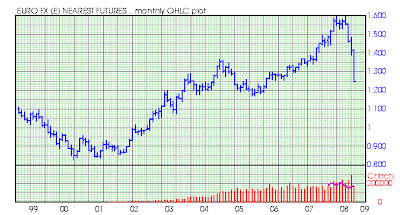 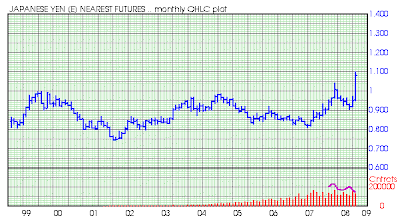