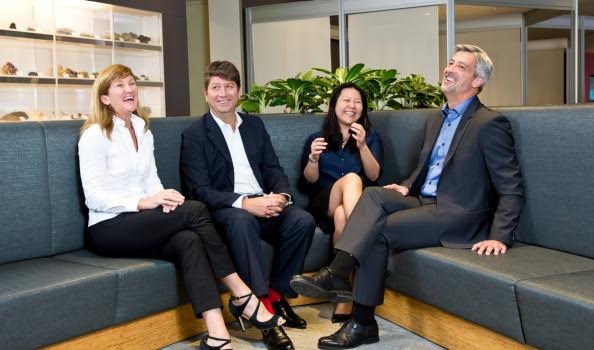 We have a generation of workers for the past 15 years that hasn’t experience much unemployment. The unemployment rate since the 2000-2002 structural unemployment have stayed below 4%.

It is why I wonder about the inner workings of the Singapore economy that enables us to keep employment while the world around us have been struggling.

Employment is the thread that ties everything together. Without employment, there are uncertainty in life, in cash flow and it affects the consumption as well as personal investment decisions on an individual level.

Yesterday, I came across an interesting article on an open look inside BHP Billiton’s Marketing Hub in Singapore.

What interests me is that this group do not pay tax on the marketing fee that they earned when the products are sold to Chinese mainly in Singapore. Taking advantage of the tax status, what the government is looking for is

Here is the section in the article talking about it:

BHP this year unwittingly confirmed itself as a public enemy number one in Australia’s debate about tax minimisation, because of the way it uses its Swiss-registered, Singapore-based marketing business to trade its suite of mining and energy production, including Pilbara iron ore and Bowen Basin coal.

The tax hub basically works this way. Say the price of iron ore is $100 a tonne. BHP marketing would acquire that tonne from the miner’s iron ore business for about $US97 a tonne. This generates the taxable income of the iron ore business in Australia. The $US3 difference is the marketing fee BHP charges itself to sell it to customers, who are mostly Chinese, from Singapore. The profits from this fee flow are not taxed in Singapore. But it is subject to tax on being returned to Australia and BHP’s other ownership constituency, the UK.

The ATO feels that this Singapore Sling means that Australia earns less tax than it should. The taxman apparently accepts that the miner should earn a marketing margin and is comfortable with the way profits are then distributed from Singapore to BHP’s dual-listed arms. But there is dispute over the quantum of the marketing discount. BHP will not confirm the size of that discount, but informed speculation puts it pretty close to the flat 3 per cent fee that fellow dual-listed iron ore giant, Rio Tinto, charges itself for marketing services that are also based in Singapore.

BHP’s Singapore hub earned $US5.7 billion ($7.9 billion) in profits over eight years to 2014, across its whole portfolio, and Singapore has earned almost zero tax income on those profits.

BHP is in mediation with the ATO over a claim that it owes $522 million in back tax on those profits; one suspects other claims might be triggered if settlement is made or court challenges are lost.

Since being appointed chief executive just on two and a half years ago, Andrew Mackenzie has consistently said the market needs to track him, not trust him.

Opening the bonnet on BHP’s Singapore operations to AFR Weekend aligns with that commitment, and shows an awareness of the risks of allowing the Singapore issue to fester.

BHP’s marketing team of about 410 across 10 offices, including 215 people in Singapore, are the only ones in the business who really know what herbs and spices go into the demand, economic and commodity price forecasts. And omission is just as important as inclusion. Houston, Texas, is BHP’s smaller marketing hub, with 65 staff.

Stacie Wu, BHP’s vice-president of market analysis and economics, says it all starts with the macro. They look at everything from headline numbers in a country, down to industrial production and electricity generation. China is the main focus, followed by India.

But on commodities, a bottom-up approach is taken, from the number of of air conditioners and washing machines to average kilometres driven.

“We will actually go out and meet with some of the big retail companies, for example, in China,” Wu says. “We will interview them, which is quite interesting for BHP.”

Do you guys have a similar case studies about the appeal of Singapore as a low tax country to carry out business operations that offset the high cost of doing business?