Kyith: In Asia Pacific, real estate hold a very special place in Asian hearts. In most countries, investors still prefer to hold their own properties but some countries have developed a more matured real estate investment trust (REIT) market. Japan, Australia and Singapore are currently the biggest and most active.

But what are the chances of China and India developing their own REIT market? I think its a matter of time, but it requires some triggers for it to happen.

Today, Peter Churchouse presents us why China may be going to develop their own REIT market. Peter Churchouse for 15 years, was Morgan Stanley’s Head of Asian Research, Head of Property Research.

Regular readers know I’m a big fan of real estate investment trusts (REITs). I consider them one of the most underappreciated asset classes. They’re companies backed by real assets and real income.

Think they’re boring? Well, over the past 20 years, REITs have outperformed the S&P 500.

Since being created in 1960, real estate investment trusts (REITs) have spread around the world.

And now, they could finally be coming to China…

What is a REIT?

But before I tell you about the big impact REITs could have for investors, let’s go over what a REIT is…

A REIT is a company that owns a portfolio of income-generating real estate and often trades on major exchanges like a stock. The properties owned by REITs vary hugely – they can be commercial (i.e. offices), retail, residential or industrial, and can even include hotels, hospitals and forestry.

They were created back in 1960 in response to demand for legislation that would allow regular everyday investors the ability to invest in large portfolios of income-generating real estate.

U.S. President Dwight Eisenhower signed a law providing the legal framework for a real estate structure for investors akin to the mutual fund structure for investing in stocks. REITs have since spread around the world as an increasing number of jurisdictions create their own REIT legislation.

The key features of REITs are that they: 1) are required by law to pay out around 90 percent of their net income to shareholders in the form of dividends, and 2) tax breaks are normally given to REITs that do not get handed out to other sorts of companies. They are therefore more tax efficient than most other listed vehicles.

REIT industries tend to either be born – or grow rapidly – out of distress or a crisis. You see, distress in real estate markets is often created or accompanied by high levels of debt in property companies. One way of reducing debt is for companies to spin off some or all of their investment properties into a REIT, with shares being sold to the public.

Typically, the company retains a sizable stake in the REIT and often also assumes the ongoing management of the REIT. This allows the companies to pay down debt, which of course the banks and financial regulators like.

REITs have existed in the U.S. and Australia for many years. The sector grew rapidly in the U.S. in the wake of the savings and loan crisis in the late 1980s. And according to accounting firm Ernst & Young, the U.S. REIT industry grew by 147 percent between 2010 and 2017 – to a total value of more than US$1.1 trillion. Similarly, the Australian REIT industry grew rapidly following a debt blow out in that market in the late 1980s.

Singapore developed its REIT industry in the wake of the Asian financial crisis that erupted in 1997. Its property companies were not in crisis mode, but many had higher debt levels than were considered desirable. Spinning assets into REITs allowed debt to be reduced. There are now 37 REITs listed in Singapore with a total market capitalisation north of US$65 billion.

Japan similarly developed its REIT industry some years after its debt-infused property bubble burst in 1991. The first REIT was listed in 2001 and now Japan has more than 45 REITs. Total market capitalisation of the sector is around US$98 billion today. 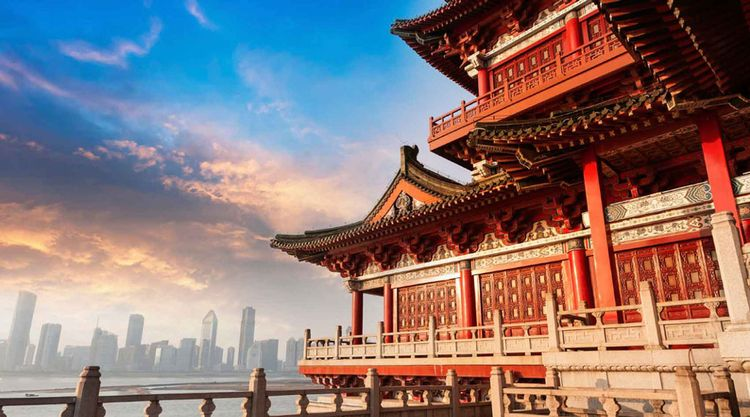 So what about China?

As I said earlier, so far, China hasn’t had a REIT industry. Part of the reason for this is that there has not been a debt-led crisis in the real estate industry so far.

There is no doubt that the industry has its share of over-leveraged players – mostly unlisted companies, names we’ve never heard of. Media reports suggest that China’s property developers owe banks more than US$400 billion, but the total debt figure is likely to be much higher.

A great deal of lending to the real estate sector has been through trust companies and other non-bank financial institutions.

(In general, a trust company works like this… families or companies give their money to the trust company – through a trust product – and receive an interest rate higher than the cash would earn in the bank. The trust company then on-lends that money to companies and individuals charging a rate of interest around 20 percent. Much of this cash is lent to smaller real estate developers.)

A few larger listed companies are also facing large debt piles. For example, Evergrande (listed in Hong Kong) is a large property developer, but is more known these days for its debt mountain. Net debt in 2016 amounted to more than six times the company’s equity. But for the great majority of larger listed companies, debt is under control.

Though debt is not a huge issue for most Chinese real estate companies, I expect China to establish its own domestic REIT industry soon for several reasons…

First, it will allow indebted real estate companies to spin off completed rental properties into REITs that can be invested in by the general public. Chinese authorities are concerned about debt in the country, and specifically debt in real estate developers. And we’ve seen REITs as “debt reducing mechanisms” in markets like Japan and Australia. This also helps reduce risk for the banking sector.

Second, there are relatively few avenues for people and organisations to invest in China. The country as a whole saves approximately 45 percent of its GDP, the highest savings ratio of any major country in the world. But there are few avenues for people to invest these savings. There is no well-developed mutual fund industry, for example, like there is in the U.S. The pension industry is immature. The insurance industry is in its infancy, in terms of having a range of savings products. And savers in China have very limited access to foreign investment vehicles.

The huge growth in wealth management “trust products” demonstrates a great demand for income-producing investments outside of more volatile and risky stock markets. The general public needs alternative investment choices outside of the stocks and outright bricks and mortar housing investments that prevail now.

Third, the growth of the insurance and pension industries in China is being faced with too few good, middle-risk asset classes. REITs will help fill that gap and permit a more balanced risk profile for these industries. And pension funds like the idea of REITs because REITs help give them more choice to find yield around the world.

I will stick my neck out and suggest that China will have a REIT industry bigger than Japan’s inside a decade. So watch this space as the industry evolves.

Peter Churchouse together with his son Tama, and another experienced former research director Kim Iskyan writes their newsletter at Stansberry Churchouse Research. Their free resources provides some eye opening, wide ranging investment opportunities from emerging markets seldom talked about, the nuances of particular market, Tama’s take on bitcoin and crypto-currency from an older wealth builder perspectives, REIT and property analysis from Peter Churchouse.

If this is anything to go by, their paid newsletter provides the ideas of investment opportunities that are substantiate by good research.  You can get to know what the wealth research is about. The link before is my affiliate link. If you decide to sign up for the newsletter, clicking through helps to support Investment Moats.